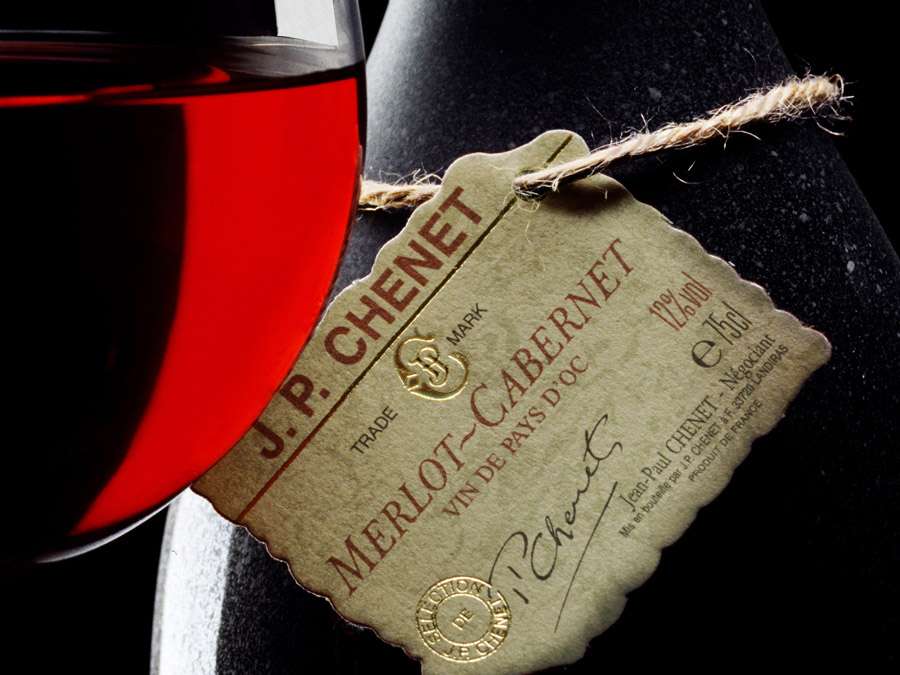 Sometimes when shooting a still life you can get interesting depictive effect using local light strokes. I’d call it the style of photographic minimalism. A successful shot is always born spontaneously, it develops in the photographer’s head as a jigsaw puzzle image. We look at habitual, common subjects without focusing on them, without even noticing them. However, as soon as a ray of light falls upon a familiar subject in an unusual way, our conscience immediately adds missing elements, and an image appears on your mind.

When an image is invented, a new, very important stage begins: preparing for shooting and selecting props. Both the colorization and stylistic unity of a still life depend on the correct props selection. Either your shot is going to be a real success, or it is your failure.

I chose wine in a bit unusual bottle with a curved neck — Merlot-Cabernet, traditionally made by J. P. Chenet since the time of Louis XIV. Jean Paul Chenet was a legendary person, who contributed greatly to the winemaking in France. His wines, and his whole life are covered with some romantic aura, legends and parables. Probably, you remember his words: “It is not curved. It is straight, but it bows in front of the magnificence of Your Majesty.”

It is absolutely necessary to choose for wine a corresponding glass. For me, it was not that difficult, as my collection includes practically all types of glasses, and more than a dozen just for red wine. So I consider my choice of glass very successful.

The question of a proper surface for the still life was solved quickly as well. A piece of black glossy glass suited the best; a piece of that should be available at any photographer who shots still lives on a regular basis. Black glass is a universal and at the same time premium solution for background. In this particular case, it doesn’t include any extra color into my composition, and perfectly reflects patches of light from the main characters of my setup.

So, a composition from a glass and a bottle was built on the piece of black glass (1), a cluster of grapes added on, and a grape leaf and curling tendrils to “revive” the image a bit. You can always get a vine at a planting stock shop. We use some black velvet (2) to get the back off the image. The velvet absorbs light perfectly; later on, I had to curtain all shooting area with it.

The shooting point allowed to see an ‘open’ ellipse of the glass and wine poured in it, the camera angle helped to strengthen the feeling of volume in the picture created with so a poor lighting.

I used a long strip box (3) as a key light; it was masked with two pieces of black velvet so that only a narrow slot, approximately 7—8 cm in width, remained. It allowed to lay upon the wineglass a nice and continuous flare. As you understand, its width was controlled by the width of the strip box slot and the distance between the strip and the wineglass; the length of the strip allowed me to get a continuously long flare. To ‘pull’ the flare almost to the bottle bottom, I had to put the bottle on the very back edge of the black glass. Simultaneously, it created a nice pattern on the glass, which is kind of a complex lens. The left flare on the wine glass comes from the strip box, and this flare is reflected on the right side of the glass.

The fill light (4) was put above. It was a honeycomb dish used to lighten up the tag hanging on a rough cord, the cork and the slope of the right ‘shoulder’ of the bottle. Almost all the right side of the bottle and extra flares in the wine glass were intentionally blackened out by means of black velvet (6), that was curtained around the whole composition (it is missing in the diagram, to simplify the picture). It was necessary because the shooting took place in a small room, and light that reflected from the walls did not allow getting rid of extra reflections from the glass.

For the back lighting of the vine I used a light with an optical attachment (5); its light did not fall on the wine glass and the bottle. 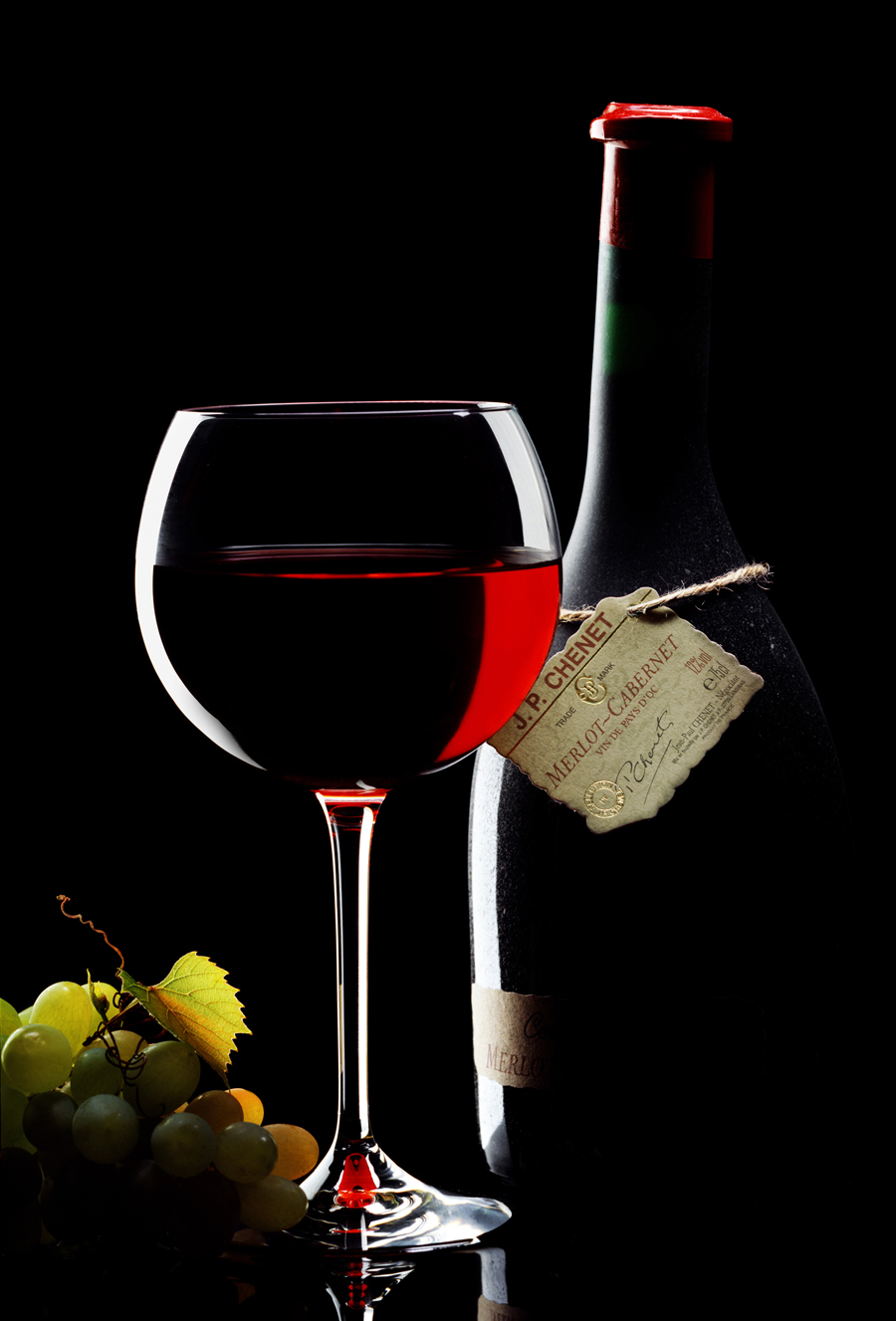 This picture was published in 1998. Pretty soon, walking at art fairs and markets of Moscow, I was amused to see images that were painted from this story as if using a carbon paper. The photographic minimalism, probably, became fashionable. I am glad that my image pleased and inspired them.

You can judge how the glass form stylistically suits the bottle by a fragment of the whole image (Fig. 2), which also is a self-standing work of art.
Besides, this fragment allows estimating the quantity of fine details survived (for example, the dust on the bottle and even the glass texture), which cannot be reproduced in the whole image due to its relatively small size. However, all these details giving some special charm to the bottle, are already clearly visible on the photo printed 60х40 cm large.

The blown up image fragment.